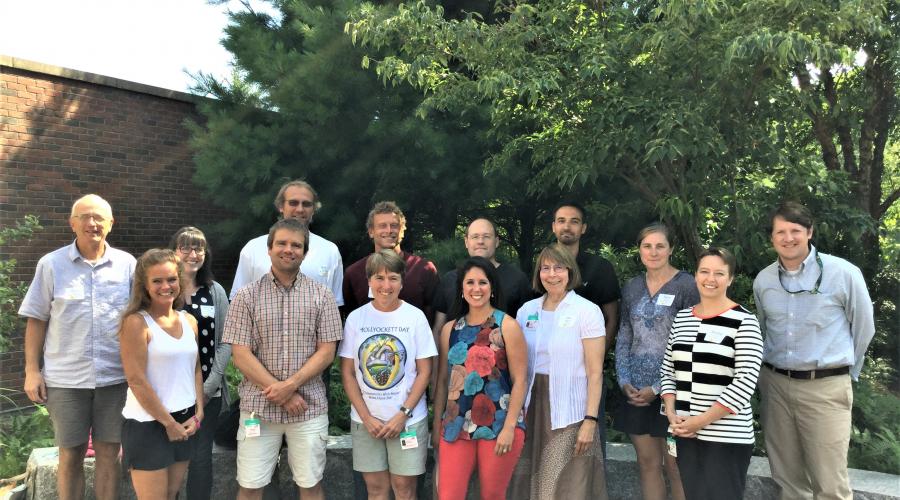 In May, MMSA’s Stefany Burrell accompanied three high school students and their teachers at the Intel International Science & Engineering Fair (ISEF) in Pittsburgh. There she presented to a group of rural science fair directors about how Maine State Science Fair (MSSF) has grown over the last five years.

ISEF is an annual five-day event that brings together 1,800 teens, their teachers, and science fair directors from 81 countries. During the first days of the event, students set up their science fair displays and prepare for their interviews. ISEF provides entertainment including dance parties, dinners, and even opens the local science museum for an evening. There are hands-on STEM activities, computer games, and virtual reality experiences, too.

Mid-week, students have a day of interviews with judges about their projects. There is also a period of time for them to talk to members of the public, including many local schoolchildren. The week concludes with two ceremonies, one for special awards and the other for category awards. This year, Bangor High School student Tyler Delargy brought home a third place prize in his category. 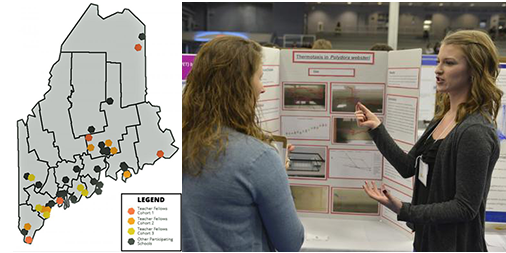 Throughout the week, SSP provides sessions called Symposia. At ISEF in 2016 in Phoenix, Stefany Burrell hosted an “un-workshop” symposium where the participants chose the topics within the theme of “Rural Science Fairs.” The impetus for this session was a curiosity we have at MMSA about how to better serve our students through science fair. 75 people attended the session; there was clearly a need to help people in rural areas with their science fairs.

In 2018, after seeing an increase in participants at our own science fair, Stefany presented another symposium about rural science fairs. She shared what we believe are the biggest reasons for the fair’s success and also discussed some growing pains experienced in recent years. The response was enthusiastic and many people left the symposium with some ideas to implement in their own states. There has also been some follow-up with fair directors in other rural areas and SSP will likely feature MSSF on their blog.

One thing we’ve done in Maine that has clearly increased participation is our Teacher Fellows program. In the summer, we offer teachers a two-day professional development session focused on supporting their students’ independent research. Then, throughout the year, we support them and provide additional training if necessary. We offer them stipends for bringing students to MSSF. Teacher Fellows have brought over 200 students to MSSF over the last four years.

Another effort that has brought value added for students is offering scholarships in collaboration with Maine colleges and universities. Over the last two years, we’ve offered scholarships totaling more than $1.8 million to 42 juniors and seniors participating in the fair.

Maine State Science Fair is coordinated by MMSA and The Jackson Laboratory. To learn more about how to involve your students, visit maine-state-science-fair.org. ISEF is coordinated by Society for Science & the Public (SSP), a nonprofit located in Washington, DC. They also publish a magazine for youth called Science News and coordinate Broadcom MASTERS, a similar competition for middle schoolers. To involve your students in the Maine State Middle School Science & Engineering Fair, visit msmssef.blogspot.com.