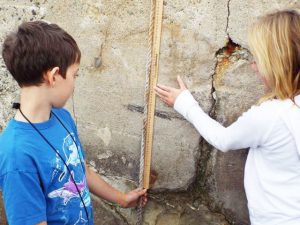 The WeatherBlur research team has been busy analyzing data from one of last year’s most productive investigations: King Tide. During this investigation, students were interested in learning more about how the high water from the November King Tide would affect local beaches, roads, and buildings in their community (a “King Tide” is a non-scientific term people often use to describe exceptionally high tides). The initial investigation question was posed by two students at North Haven Community School, Maine’s smallest K-12 public school (average enrollment: 60 students). 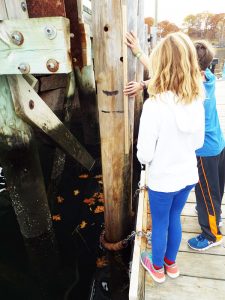 The investigation blossomed out to include thirty users on the WeatherBlur platform, including three scientists, two project staff members, four teachers, and 21 students from several different schools. Over the course of the investigation, participants contributed by commenting and/or posting photos and data via WeatherBlur’s online discussion board. A total of 53 conversations generated 250 comments.

By analyzing the online activity of the participants in the King Tide investigation, the WeatherBlur research team found that students, teachers, and scientists each dominated a different portion of the online dialogue and played different roles in the investigation. For example, over half of the background knowledge, was provided by scientists (55% of instances recorded), discussion of procedures (i.e. how to collect data) was led by teachers (54%), and students most often shared data (41%). 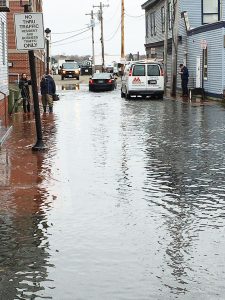 Several users were very active, posting frequently in the King Tide investigation. In King Tide, the top three users included one participant from each group – a scientist posted 55 times, a teacher made 45 postings, and a student made a total of 21 comments within the discussion. In many cases, students took on active roles and served as the go-between among teachers and scientists in the discussions. 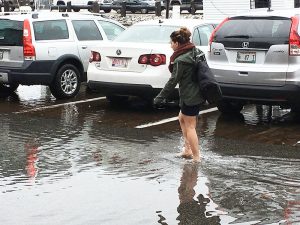 We continue to study how different types of users learn and interact on the WeatherBlur platform and how scientific investigations are moved forward. Our goal is to better understand how to facilitate connections both online and offline between citizen scientists including students, teachers, scientists, and community members as they design and create investigations that are relevant to their lives and communities.