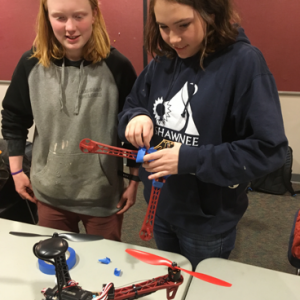 Natural disasters, especially those involving flooding, are on the rise. Between August and September of 2017, hurricanes Harvey, Irma and Maria devastated the Houston area, parts of Florida, and several Caribbean islands including the U.S. Virgin Islands and Puerto Rico. They caused both extreme wind and flood damage. Unfortunately, flooding is ubiquitous, disrupting communication, transportation, and access to supplies, resulting in billions of lost dollars and numerous deaths.

With this rise in natural disasters, the field of emergency management is also undergoing rapid change. Because of advances in sensor technology, data visualization, social media, and other communications apps, response to floods is improving. Emerging technologies enable us to pinpoint, with ever greater precision, the locations where water is or will be rising fastest; predict the path and extent of likely damage; avoid the dangers hidden beneath the waters; find those who are trapped or most vulnerable; and match victims with the nearest resources. What we need now is the first responders and emergency management specialists in communities, both rural and urban, who will develop, manage, and use these technologies in the future.

Disasters and emergencies are intriguing to youth, including those interested in helping others or in developing new technologies. Many teens want to know how they can help now, particularly when an event hits close to home. Others wonder whether their interests could lead to a career in the future.

Through a RAPID (Rapid Response Research) grant awarded to MMSA by the National Science Foundation (NSF) in late October 2017, we have partnered with the Teen Science Café Network (TSCN) to develop a suite of resources for TSCN members to draw upon to conduct a theme-focused Teen Science Café that introduces youth to the ways in which technology is used in response to flooding. 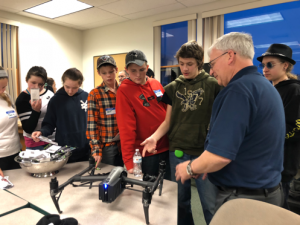 often know little about the uses of technology in disasters, as it is not a usual part of the school curriculum. Unless they have relatives working in the field, they are unlikely to learn about the uses of technologies in rapidly developing STEM occupations that prevent, detect, or mitigate the impact of flooding. This RAPID project, through the robust TSC Network, is engaging teens in examining technological response to flooding and other natural disasters and exposing them to multiple STEM career pathways that lead to the ability to respond to them, in order to help them develop career aspirations and educational plans that enable them to enter these arenas.  Two such cafés have been piloted right here in Maine, both focusing on the use of drones in emergency response.

We have developed a suite of resources emphasizing the technology involved in response to flooding due to hurricanes. These resources are available to leaders and presenters in the TSC Network and to leaders from other afterschool and out-of-school organizations. These resources are also available on MMSA’s Emergency Response Technology resource page. In addition, we are conducting foundational baseline research on teens’ knowledge of technology and technology-related careers that involve emergency response to flooding. 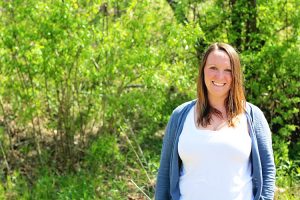