The purpose of MMSA’s board of directors is to advise, govern, oversee policy and direction, and assist with the leadership and general promotion of MMSA, so as to support the organizations mission and needs. Board members serve for three years, which may be renewed up to a maximum of three consecutive terms. MMSA is a 501(c)(3) nonprofit organization.

Jeffrey Hecker received his Ph.D. in clinical psychology from UMaine in 1986 after earning the B.S. degree in Psychology from the University of Illinois. He began at UMaine in 1986 as director of the Psychological Services Center, the training clinic for UMaine’s doctoral program in clinical psychology. Dr. Hecker is a clinical researcher whose work focuses on understanding and treating anxiety, and on risk assessment.

Read more
He is the author of two books and scores of journal articles and presentations. A licensed clinical psychologist, Dr. Hecker has extensive experience in providing research and clinical consultation. He advanced through the academic ranks to Professor of Psychology, chairing the Department of Psychology from 2002-07. In 2008, he was named Dean of the College of Liberal Arts and Sciences. Dr. Hecker became the Executive Vice President for Academic Affairs and Provost in September 2013. As Provost, Dr. Hecker is responsible for all academic programs. He is responsible for advancing UMaine’s research and public service missions as well and believes that the university’s tripartite mission is best accomplished when student learning, creation of new knowledge, and public service are fully integrated. 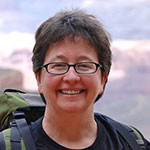 Murphy has served on numerous local and state committees. She served as chair of the National Academy of Science, Engineering and Medicine’s Teacher Advisory Council (TAC) from 2014-2017 and has served on the board since 2011. While serving, the TAC has held three convocations; “STEM Learning is Everywhere”, “Exploring Opportunities for STEM leadership” and most recently, “Enhancing the Teacher Voice in Policy Making Related to Implementation of K-12 Engineering Education”. She was a member of the Board on Science Education in the Division of Behavioral and Social Sciences and Education at the National Academies from 2004 – 2006 where she was involved with the development of “America’s Lab Report”, “Taking Science to School” and “Ready, Set, SCIENCE!” Margo also served as a 2017 STEM Teacher Ambassador for National Science Teacher’s Association.

Margo received her B.S. in forest management in 1985, and her M.Ed. in secondary science education in 1992, both from the University of Maine, Orono. She is currently working on an advanced degree in Educational Leadership. 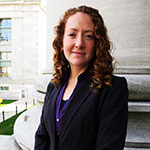 Dr. Jennifer Gagner is a native Mainer who graduated from Sanford High School and went on to attend MIT, graduating with a BS in Materials Science & Engineering and went on to receive her PhD in Materials Engineering from RPI. Her research focused on how biomaterials, and this work drew her into a post-doctoral fellowship at Harvard Medical School. She recently joined IDEXX as a Senior Research Scientist in Corporate R&D leading a small team working on new immunoassay technologies.

Read more
Coming from a family of public educators, Dr. Gagner understands the importance of strong public education in all subject areas, but particularly in STEM. Throughout her career she has volunteered extensively to interest students in STEM, with a particular focus on encouraging young women considering STEM careers. Dr. Gagner participated multiple programs with these initiatives, including the MIT HKN/Microsoft Women’s Initiative Program educating 5th and 6th grade girls about engineering, and RPI’s “Design Your Future Day,” a program targeted at 11th grade women interested in pursuing STEM. For two years, she led sections in the Rensselaer Nanotechnology Curriculum Development Summer Institute, assisting high school STEM teachers in developing hands-on experiments to help students understand the science and impact of nanotechnology. 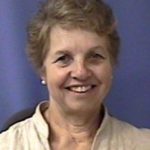 Anne recently retired from a long career in the semiconductor industry, working in Maine for Fairchild, National Semiconductor, and Texas Instruments (TI). She held several leadership positions during her work life, including serving as Human Resources Director with the 1995 project team that oversaw the construction, startup and operation of the South Portland National Semiconductor (NSC) wafer fab. She rounded out her career with a decade in Public Affairs with responsibility for Government and Community Relations with NSC and TI. Previously, Anne served on the MMSA Board and has been a member of the STEM Collaborative steering committee since its inception.

Read more
She has long been involved with STEM efforts around the state including STEM Ambassadors and multiple STEM Summits. She has been an active participant in several business associations over the years. She is a past Chair of the Greater Portland Regional Chamber. She recently served on the boards of the Manufacturers Association of Maine, the Greater Portland Economic Development Corporation and the Southern Maine Community College Foundation. 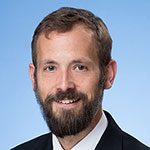 Todd J. Griset practices law as a partner with Preti Flaherty’s Energy and Telecommunications practice group. He helps clients make critical decisions on energy and utilities matters. Todd’s clients range from startups to Fortune 500 companies, and include developers and owners of renewable and traditional energy projects, as well as industrial and commercial energy consumers and trade associations. He advises clients on permitting and regulatory affairs, as well as transactions relating to infrastructure, manufacturing and energy assets.

Todd has significant experience in commercial, regulatory and legislative settings. Combining an understanding of business and technology with the law, he advises clients on how to achieve their goals and maximize their opportunities in energy and other markets across the nation. He actively represents clients before federal and state regulatory agencies including the Federal Energy Regulatory Commission and state public utilities commissions.

Todd is a frequent author and speaker on energy issues. He authors the Energy Policy Update blog and has been published in a peer-reviewed law journal on renewable ocean energy. Todd holds an AB in physics and French literature from Dartmouth College, and a law degree and Masters in Environmental Studies from the University of Pennsylvania.

Kevin recently retired from Fairchild Semiconductor as SVP of human resources after 34 years in the semiconductor business in a range of responsibilities. Fairchild has 9000 employees in 25 countries. 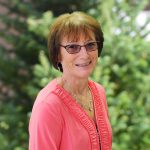 Sandra has a long history in public education in Maine. She has served in many leadership positions throughout her more than 35 year career in education. She has always work diligently to improve education for all students, but especially the students in small, rural Maine schools.

One of her proudest professional achievements was the creation of the Maine Small Schools Coalition. The coalition was created back in the early 2000s and is still an active organization advocating for rural and community schools throughout the state of Maine. Sandra served as the President of the Maine Small School Coalition and today is still an active board member.

Joel Pike is the Energy Manager at Verso Corporation’s Androscoggin Paper Mill in Jay, Maine where he manages one of the most complex energy platforms in the region. He received his Bachelors of Science degree in Electrical Engineering from the University of Maine, where he was the salutatorian of the Class of 1993. Presently, he is a member of the RSU #73 School Board, where he is the Chair of the Policy Committee and was recently appointed and approved for a seat on the Board of Trustees for the Maine School of Science and Mathematics.

Joel continues to be the Vice Chair of the Demand Resources Working Group and ISO New England where he actively works to support this aspect of the regional electrical grid. Prior to his current Energy Manager role, his work experience has varied from Reliability Engineer, Process Control and IT Group Leader, and Maintenance Area Manager. He has also held the role of lead Electrical and Controls Engineer for two major paper machine rebuilds.

Joel is an active coach and mentor to several FIRST Robotics Competition, FIRST LEGO League, and VEX Robotics teams.  Through his mentorship, he teaches students about the importance of STEM and demonstrates the real world application of the theories they learn in class. He also volunteers regularly at regional and statewide robotics competitions. 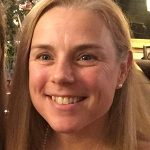 Erica Beck Spencer works as a curriculum specialist for the research based Full Option Science System (FOSS), an award-winning active science program developed at the University of California. She spear headed the Taking FOSS Outdoors feature of this program, taking this indoor program and incorporating regular outdoor activities to extend the learning to the schoolyard. Prior to working for FOSS she taught elementary school in Portland, Boston, and Cambridge. She resides in Portland, ME and has served as an advisor to the Learning Works After School Program, as a board member for the Maine Environmental Education Association, and as a board member for Rippleffect.

Read more
She works in CA but her heart is here in Maine. Her dedication to improving the lives of children throughout the state and country is evidence in her commitments to formal education and outdoor education experiences that help lay the foundation for children to love the Earth and begin to care for her.